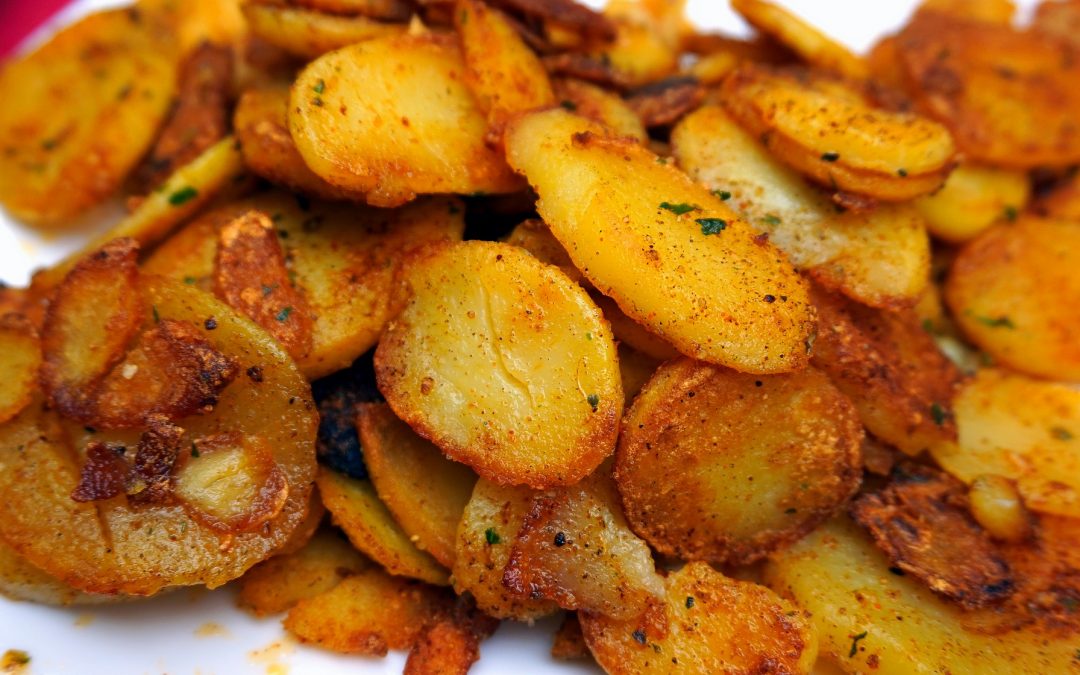 How did the potatoes reach Cyprus? Who brought them? When?

Much has been written about Cypriot cuisine. How healthy, tasty, rich, varied is.

But what about the famous Cypriot potatoes? The potatoes that almost everyone forfeits and which are exported expensively to the world?  Like Britain, where they are almost dependent on them.

How did the potatoes reach Cyprus? Who brought them? When?

Nobody knows that at all. There is no record of it. What is sure, that  by the time Cyprus became a British protectorat in 1878, it had grown nicely here and was a staple crop and part  of the Cypriot diet. For this reason the  ‘original potato’ can be considered an endemic.

In 1909 new varieties were imported. And this is recorded, of course. When the island gained its independence in 1960, it had been a major potato exporter to the UK and Western Europe already.

Since 1909 Cyprus has been cultivating and growing varieties like  Spunta, Marfona, Cara, Nicola, and many others. Growers soon realized that the Kokkinohoria area, the chain of villages in the Southeastern part of the island, where is rich mineral red soil and where potatoes have long been grown, is ideal for growing all varieties virtually. Potatoes cultivated and grown here are solid, tasty, yellow in color, and have a reddish skin due to minerals in the red soil.

Currently known Cypriot potatoes, botanically classified as Solanum tuberosum “Cyprus”, belong to the Solanaceae family. It is a common name used to describe all  varieties that have been cultivated and grown in Cyprus since 1909, including the original one. And the main varieties currently grown on the island are Diamond, Marfona, Nicola, Ditta, Accent, Filea, Charlotte, Burren, Obelix and Spunta. They are usually medium to large, oval in shape according to variety. And more and more is being tested.

No matter how it is, our  island potatoes can be prepared in many ways. You can bake them, cook, fry, fill, mash them. The result will be always amazing